Recently published research in the field of molecular genetics –- the study of DNA sequences –- indicates that Jewish populations of the various Diaspora communities have retained their genetic identity throughout the exile. Despite large geographic distances between the communities and the passage of thousands of years, far removed Jewish communities share a similar genetic profile. This research confirms the common ancestry and common geographical origin of world Jewry Sefer Tora writing. 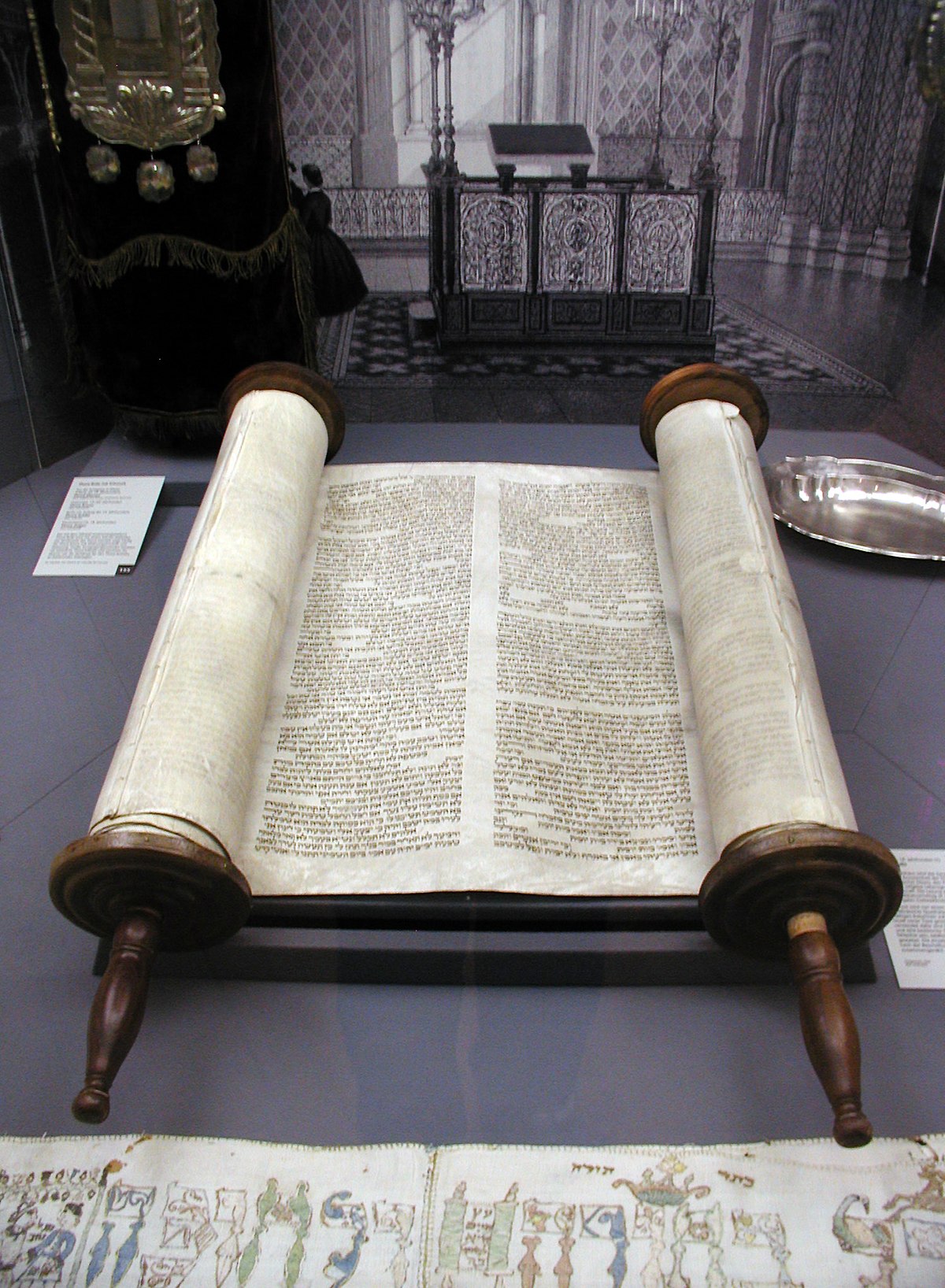 “Despite their long-term residence in different countries and isolation from one another, most Jewish populations were not significantly different from one another at the genetic level. The results support the hypothesis that the paternal gene pools of Jewish communities from Europe, North Africa and the Middle East descended from a common Middle Eastern ancestral population, and suggest that most Jewish communities have remained relatively isolated from neighboring non-Jewish communities during and after the Diaspora.”
(M.F. Hammer, Proc. Nat’l Academy of Science, May 9, 2000)

The basis of this new field of population research is the study of the Y-chromosome, which is passed virtually unchanged from father to son. The rare mutations -– which are changes in the non-coding portion of its DNA –- can serve as markers, which can distinguish peoples. By studying the genetic signatures of various groups, comparisons can be made to determine the genetic relationships between the groups.

Y-chromosome research of the Jewish people began as an outgrowth of the study of Cohanim –- the Jewish priestly family. These studies showed a very high genetic affinity among present-day Cohanim, indicating that they do have a common paternal ancestor, estimated to have lived some 3,000 years ago. (See The Cohanim/DNA Connection)

The most recent genetic research consists of obtaining DNA samples, and doing laboratory analysis and comparison of the DNA markers on the Y-chromosome –- which is passed from father to son, and on the mtDNA (mitrocondrial DNA) –- which is passed intact from mother to son and daughter. This genetic anthropology promises to be particularly informative for tracking the history of Jewish populations, and helping to resolve the debate on the origins and migrations of Jewish communities in the Diaspora.

The researchers proposed to answer the question whether the scattered groups of modern Jews can be identified as the descendants of the ancient Hebrews of the Bible, or whether their common ancestry has been diluted through influx of converts and through intermarriage so that little remains of their “Jewish genes.”

The complex recorded history of dispersal from the Land of Israel and subsequent residence in and movements between various countries in Europe, North Africa and the Middle East is expected to produce a complex pattern of genetic relationships among Jewish populations as well as between them and the non-Jewish peoples among whom they lived.

The research was based on samples from 29 populations, 7 Jewish, categorized into five major divisions: Jews, Middle-Eastern non-Jews, Europeans, North Africans, and sub-Saharan Africans.

The findings were that most Jewish communities do indeed seem to be genetically similar.

The findings were that most Jewish communities — long separated from one another in Europe, North Africa, the Near East and the Arabian Peninsula — do indeed seem to be genetically similar and closely related to one another, sharing a common geographical origin.

These Jewish communities are more closely related to each other and to other Middle Eastern Semitic populations -– Palestinians, Syrians, and Druze — than to their neighboring non-Jewish populations in the Diaspora.

The results also indicate a low level of admixture (intermarriage, conversion, rape, etc.) into the gene pool of these various Jewish communities.

Among the Jewish communities sampled, North Africans (Moroccans, etc.) were most closely related to Babylonian (Iraqi) Jews. These populations may best represent the paternal gene pool of the ancient Jewish/Hebrew population dating back to the First Temple period, before the Babylonian exile (approx. 2,500 years ago).

The Y-chromosome signatures of the Yemenite Jews are also similar to those of other Jewish and Semitic populations. In contrast, the paternal gene pool of Ethiopian Jews more closely resembles that of non-Jewish Ethiopian men.

Although the Ashkenazi (European) Jewish community separated from their Mediterranean ancestors some 1,200 years ago and lived among Central and Eastern European gentiles, their paternal gene pool still resembles that of other Jewish and Semitic groups originating in the Middle East.

A low rate of intermarriage between Diaspora Jews and local gentiles was the key reason for this continuity. Since the Jews first settled in Europe more than 50 generations ago, the intermarriage rate was estimated to be only about 0.5% in each generation.

The findings oppose the suggestion that Ashkenazim are descended from the Kuzars.

The Ashkenazi paternal gene pool does not appear to be similar to that of present-day Turkish speakers. This finding opposes the suggestion that Ashkenazim are descended from the Kuzars, a Turkish-Asian empire that converted to Judaism en masse in or about the 8th century CE.

The researchers are continuing and expanding their studies particularly of the Ashkenazi community. They are hoping that by examining the DNA markers in Jewish populations from different parts of Europe, they will be able to infer the major historical and demographic patterns in Ashkenazi populations.

In addition to questions of medical interest, there are many interesting possibilities concerning the origin of Ashkenazi populations and how they migrated in Europe. It seems likely that Jews began to arrive in Europe perhaps 1,000 to 1,200 years ago, when settlement was already sufficiently developed to provide them with opportunities to make a living.

One theory claims that the Jews of Eastern Europe derive predominantly from Jewish migrants from the Rhineland or from Italy, being fairly direct descendants of the original ancient Jewish/Hebrew populations.

A second theory suggests a northerly migration from the Balkans or from Central Asia, with the possibility of large-scale conversions of Slavs and/or Kuzars to Judaism.

This argument parallels the controversy over the origin and development of Yiddish -– the language of Eastern European Jews. One theory proposes that Jews, migrating from the Rhineland and neighboring regions spoke an old form of German which provided the basis of Yiddish.

Other scholars reject the German origin of Yiddish. These linguists see Yiddish grammar as fundamentally Slavonic, with modern Yiddish developed by incorporating large numbers of German and Hebrew words into the context of a basically Slavic grammar and syntax.

There has not been enough historical evidence to decide between such theories. Now, with the newly developed genetic methods, it is possible to test these ideas, for example to see if there was a significant Slavic contribution to modern Ashkenazic Jewry.